Two years after the EU’s General Data Protection Regulation went into effect, the teeth it was supposed to have are rarely used to bite, leaving much of the tech industry to apply its own wishful interpretations of the law.

A progress report by Access Now starts off with strong critique on the lack of fines — most significantly, Ireland and Luxembourg, which together home the whole GAFAM, have not yet handed out any fines at all. Browser-maker Brave joins them in blaming EU Member States for not sufficiently funding their Data Protection Authorities (DPAs). European digital rights groups urge the European Commission to step in, and noyb calls out the Irish DPA for making Ireland a ‘GDPR haven’ where companies like Facebook can have secret meetings with the authorities and avoid being regulated. Several of these parties ask the European Commission to launch infringement procedures on member states to force them to enforce the law.

Also this month, the EDPB updated its guidelines on consent, a must-read for anybody stuck in handwavy arguments about what consent means in the GDPR. They now make it extra clear that cookie walls are not a valid way to get consent; ‘accept cookies or go away’ flouts the free in free consent. Wired proves the point with a shameless sense of irony: 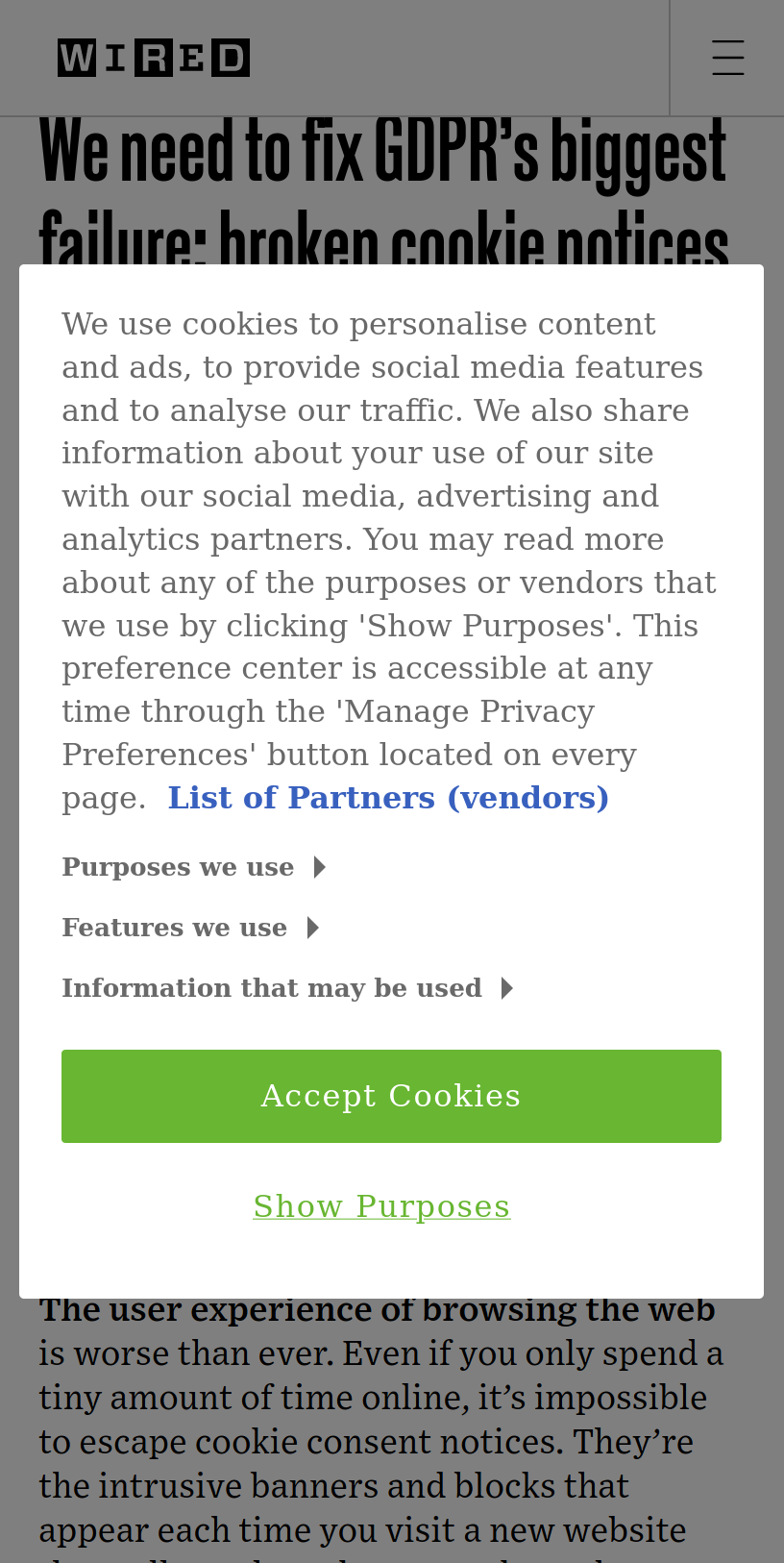 The Dat protocol has been renamed to the Hypercore protocol, to reflect the fact it has found many uses beyond the Dat project it originated in. While invented for sharing scientific data sets, Hypercore serves equally well as a foundation for many decentralised projects, from chat apps to web browsers.

The reorganisation is concerted with the release of Hyperdrive v10, the filesystem built on the Hypercore protocol. The new version supports mounting drives inside another, accessing drives as if they were normal folders, and various performance improvements:

It scales nicely – as a demo, we put a complete Wikipedia mirror (tens of millions of files, split across a few directories) into a drive, and reads remained very fast.

Concurrent is also the beta release of Beaker 1.0, the web browser that replaces HTTP with Hypercore and Hyperdrive. Besides including the changes made in those layers, it has undergone a thorough rehaul giving it a completely new feel. More than just a browser for websites that do not rely on any single server to host them, Beaker now puts extra focus on its visionary concept: every user is a participant on the web, owns their own data, can clone and edit any app, and publishes content and comments right from their browser without platforms in between.

“Testground is a platform for testing, benchmarking, and simulating distributed and p2p systems at scale. It’s designed to be multilingual and runtime-agnostic, scaling gracefully from 2 to 10k instances as needed.”

It is created by the developers of IPFS (see blog post), but intended for any peer-to-peer system developers. It helps running virtual nodes with Docker and Kubernetes, simulating various network conditions, and testing how your software manages in each scenario.

Grant for the web

The collaboration between Mozilla, Creative Commons, and Coil looks for solutions that enable (micro)payments on the web using open standards:

With $100 million to distribute globally over five years, Grant for the Web will seed an online monetization and payment ecosystem to challenge the web’s most urgent issues: loss of privacy, centralization of power, and inequalities in online participation.

Its first call for proposals is open until 12 June, and some first awardees have already been announced.

Although some may like the idea of a web (or world) without money, money is already driving most of the web anyhow, and the lack of a web-native payment mechanism seems partly responsible for the tracking, advertising and walled-off platforms we are stuck with now. Hence this grant scheme seems a strategic attempt to fix problems at the root.

Organisers of DWebCamp 2019 documented (+ blogged) how they set up a mesh network on the camp.

Framasoft’s plans for Peertube 3 (the federated, self-hostable YouTube alternative) include a global video index, moderation tools, playlist features, a plugin system, and peer-to-peer live streaming (also they are looking for funding for all this).

Regarding both video platforms and monetisation: here is a comparison of some YouTube alternatives that use a blockchain system to enable monetisation of content creation and/or hosting. Describes the features and user interface of LBRY, DTube, Dlive, BitChute, THETA, Verasity, and LivePeer.

Automattic (creators of WordPress) invests $5M into New Vector (creators of Matrix), and plan on using it in WordPress (somehow?).

The Redecentralize Digest is a monthly publication about internet (re)decentralisation. It covers progress and thoughts relating technology and politics, without ties to a particular project nor to one definition of decentralisation — figuring out its meanings and relations is part of the mission.

This edition was written by Gerben, with thanks to all who contributed.

The digest’s format and content are not set in stone. Feedback and suggestions for next editions are welcome at hello@redecentralize.org. We don’t spy on our readers, so please do tell us what you think!